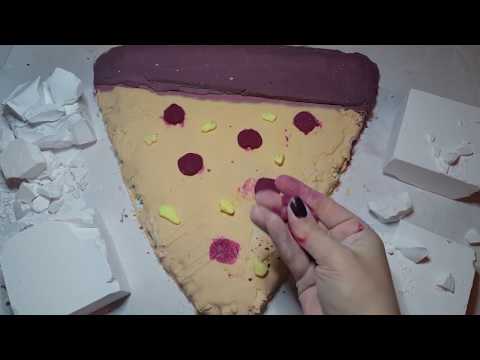 I had a request for a pizza themed video.. Can you guess from who?
It's one of ASMR's finest viewer's 😄

This was hard but fun to make!!

I would normally do the Gym Chalk first but I didn't want it to cover the pizza soooo
I sped up the pizza part just a little so that I got to the Ader quicker 😘 and the powder play at the end has a little speed to it as well.

The reformed was from the glitter bomb video with Z-Athletic, it was soft and powdery 💙 and the cornstartch had a bit of a crunch to it which was nice 💛
And that Ader basically broke itself in our hands, it was so soft 😍😍

I hope you all enjoy!! Especially the requester ❤

If anyone else has any requests, I'll be glad to do it for you. Just comment what you want and I'll let you know how quickly I can do it